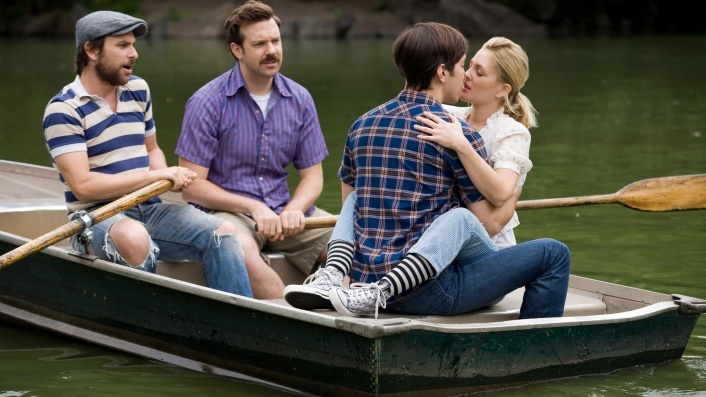 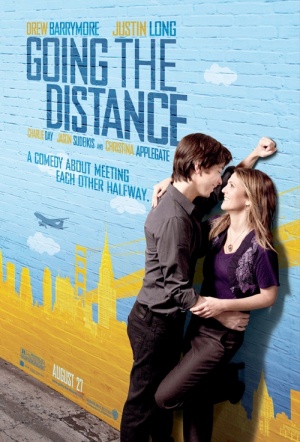 Real-life couple Drew Barrymore and Justin Long star in this romantic-comedy about the tribulations of a long-distance relationship.

Erin (Barrymore) and newly single Garrett (Long) charm one another one night over beer and bar trivia and so begins a full-fledged summer fling. But, as they always knew, it comes to end when Erin heads home to San Francisco and Garrett stays put in New York for his job. The six weeks of romping has inadvertently become meaningful though, and neither are sure they want it to end. Despite the opposite coasts, with the help of a lot of texting, sexting and late-night phone calls they might be able to make it work and find a little love.

This is the feature debut from Academy Award-nominated documentary filmmaker Nanette Burstein (The Kid Says in the Picture).

This uneven effort saddles its likable leads, Drew Barrymore and Justin Long, with the kind of verbally exaggerated sexual humor that not only comes off as embarrassingly strained and calculated, but also compromises what the picture genuinely wants to be.

Be prepared to be underwhelmed by this contrived romantic comedy that falls as flat as the dining room table on which Drew Barrymore and Justin Long make out...

Barrymore and Long make a cute couple, but between the overindulged supporting cast, second-hand situations and efforts to be ‘adult’, there are just too many obstacles.

Going the Distance is, in a way, a remarkable film: It's hard to imagine any romantic comedy going wrong in so many different ways.

If it is at times a bit indie-by-numbers without the courage of all its convictions, this is a grittier, saltier than usual rom-com populated with laughs, smarts and a couple you can root for.

Art imitates life in this movie, or at least, the audience would be forgiven for assuming so.