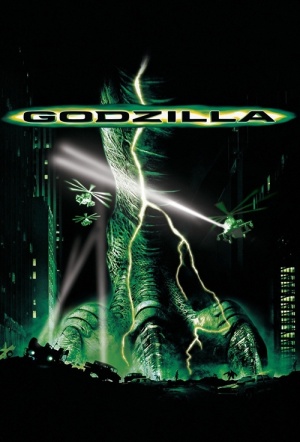 Master of disaster, director Roland Emmerich, follows up Independence Day with an adaptation of the Japanese kaiju franchise (the radioactive lizard first appeared in the 1954 film Godzilla). Mutated by nuclear testing in French Polynesia, the beast brings his rampage to New York City. Matthew Broderick is a scientist tasked by the American Government to investigate.

The slam-bang excitement and state-of-the-art special effects are more than impressive enough to ensure every 12-year-old boy in the known universe will want to see it early and often.

Populist cataclysm requires a lighter touch than this.

The only question worth asking about this $120 million wad of popcorn is a commercial one. How much further will the dumbing down of the event movie have to go before the audience stops buying tickets?

A big, ugly, ungainly device to give teenagers the impression they are seeing a movie.

Casting aside the forgettable ragbag of a cast, tiptoeing round the leaden script, and avoiding the story's many pot-holes (how come he only breathes fire twice?), Godzilla does provide plenty to look at.