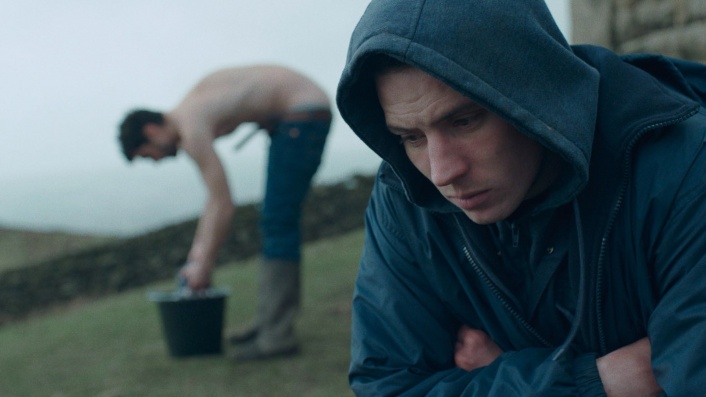 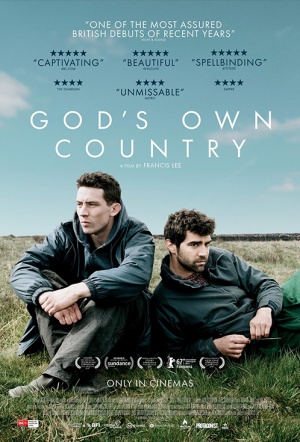 "Johnny (Josh O'Connor) works long hours on his family's remote hill farm. Isolated and frustrated, he numbs the daily frustration of his lonely existence with nightly binge-drinking at the local pub and casual sex. When Gheorghe (Alec Secareanu), a handsome Romanian, arrives to take up temporary work on the family property, Johnny suddenly finds himself having to deal with emotions he has never felt before. An intense relationship forms between the two, which could change Johnny's life forever." (Sydney Film Festival)

Some of the greatest romance stories show how one person's love can fuel another's drive for self-improvement. This is the pinpoint focus of God's Own Country, the feature debut of actor-turned-filmmaker Francis Lee. For anyone who can remember their young heart being soothed and captured for the first time, it is as intense as that experience.

Skipping some of the more predictable narrative obstacles we've come to expect from the coming-out drama, this sexy, thoughtful, hopeful film instead advances a pro-immigration subtext that couldn't be more timely ...

It is, in its way, a very British love story, bursting at the seams with unspoken emotions, unvoiced fears about the future, and a readiness to displace every emotion into hard physical work.

Hard to fault on its own terms and earns the assumption that lies behind any worthwhile movie romance...

Whether you come for the story or the film-making, God's Own Country is a place worth visiting.

Lee's love for this hard land and the boy trapped in it - so fully embodied by young British actor Josh O'Connor - is unexpectedly moving and rich.

God's Own Country is an impressive debut that cleverly subverts cliché.

A rigorously naturalistic drama that yields stirring performances from the collision between taciturn demeanours and roiling emotional undercurrents.

A dig into the nature of humanity from a director already fluent in the language of brutality and tenderness. A stunning love story that in its finest moments is pure poetry.

Under battered Yorkshire skies, with grime beneath its nails and soil clodding up the treads of its boots, Francis Lee's outstanding feature debut God's Own Country is a work of rough-hewn alchemy.