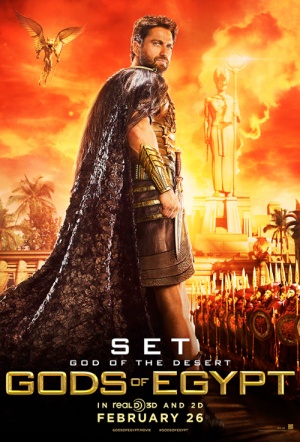 With the survival of mankind hanging in the balance, an unexpected hero takes a journey to save the world and rescue his true love. Set has usurped Egypt’s throne, plunging the once peaceful and prosperous empire into conflict. With only a handful of heroic rebels opposing Set’s savage rule, Bek enlists the aid of powerful god Horus in an unlikely alliance against the evil overlord. Their battle against Set and his henchmen will take them into the afterlife and across the heavens.

Oozes stupidity and self-indulgence from every pore.

The closing moments set up a sequel, a prospect far more terrifying than anything we've just seen.

If “Gods of Egypt” were any worse, it might be a masterpiece.

This is a special nerdery...

Some movies are so effing awful they're hilarious. Gods of Egypt falls short of that lofty goal.