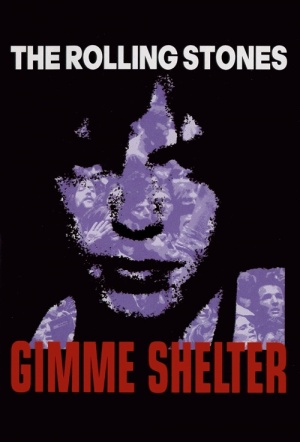 Considered by some as the greatest rock documentary, the Maysles brothers' Gimme Shelter follows the Rolling Stones on their notorious 1969 tour of America. Culminates with a nail in the coffin of the 1960s, when 300,000 hippies collided tragically with a few dozen Hells Angels - hired by the Stones as concert security - at San Francisco’s Altamont Speedway.

A reminder that the '60s were not entirely about love, peace and limp liberalism.

Not a concert film, like Woodstock. It is more like an end-of-the-world film, and I found it very depressing.