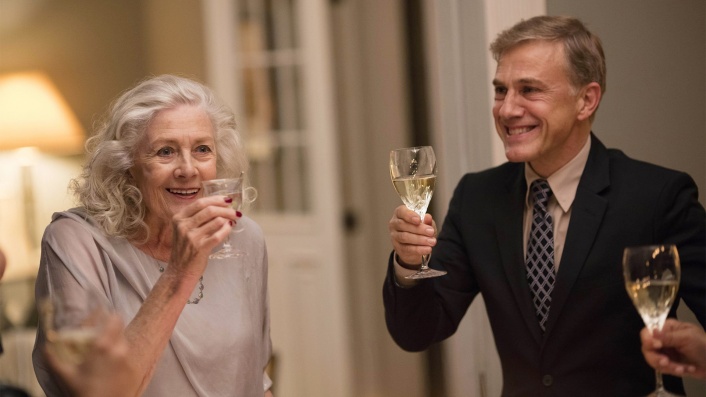 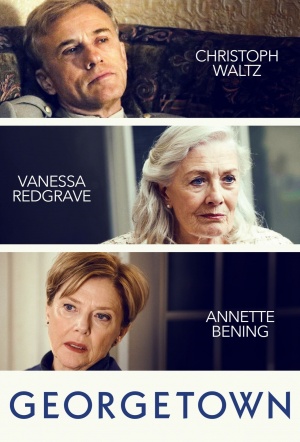 Christoph Waltz plays an ambitious social climber in this true story crime drama co-starring Vanessa Redgrave and Annette Bening, with Waltz in the director's chair for the first time.

"Ulrich Mott (Waltz) is an eccentric and versatile social climber with grandiose plans to affect United States foreign policy. He is encouraged and egged on in his attempts by his strategically chosen (and much older) wife, the well-connected journalist Elsa Brecht (Redgrave). Mott has a knack for making himself indispensable and impossible to ignore whether it is as an intern, the perfect host, or a Brigadier General of the Iraqi Special Forces. He has an impeccable sense for when to flatter and how to deftly use political jargon to his advantage. The only one seemingly immune to his charms is Elsa's daughter, Amanda (Bening), who might simply disapprove of her mother marrying a much younger man or perhaps she senses something more sinister beneath the smooth-talking surface." (Tribeca Film Festival)

Georgetown adds up to an occasionally amusing and insightful beltway satire that's ultimately undone by its conventional mise-en-scène and predictable plot.

The way that the film resolves - or doesn't - leaves the distinct impression that Waltz simply ran out of interest in this story, which would be an explanation as understandable as it is frustrating.

It's the kind of serious but broadly appealing, modestly scaled picture that people love to say doesn't exist any more.

There are a great many fantasies concocted in Georgetown but perhaps the most egregious is that this was the right way to tell such a beguiling story.