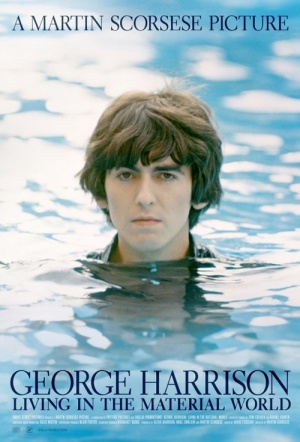 Martin Scorsese's George Harrison documentary, chronicling his personal life and career from his beginnings with the Beatles to his subsequent solo career. Featuring interviews with Harrison and his family and friends, including Paul McCartney, Ringo Starr, Eric Clapton, Tom Petty and Phil Spector.

The film follows Scorsese's other excellent labour-of-love musical docos, including Last Waltz (on The Band) and No Direction Home (on Bob Dylan). Says Scorsese: "I first came to know George through the music, which was the soundtrack of our world. The Beatles’ music, those beautifully lyrical guitar breaks and solos... and then there was the world after the Beatles, when George and his music seemed to open up and flower. I will never forget the first time I heard 'All Things Must Pass', the overwhelming feeling of taking in all that glorious music for the first time. It was like walking into a cathedral."

Official Synopsis: "Much of it told in his own words, the film traces Harrison’s life from his musical beginnings in Liverpool through his life as a musician, a seeker, a philanthropist and a filmmaker, weaving together interviews with Harrison and his closest friends, performances, home movies and photographs."

An absorbing and beautifully made film in its own right, whose 208 minutes mostly fly by.

An excellent movie throwing new light on the so-called "quiet Beatle". Despite being co-produced by Harrison's widow, it's well this side of hagiography, and held my unflagging attention for three and a half hours.

Scorsese has accomplished the best documentary that is probably possible.

This may be the better work [than "No Direction Home"], for its depth of feeling and its relatively more forthcoming and knowable subject.