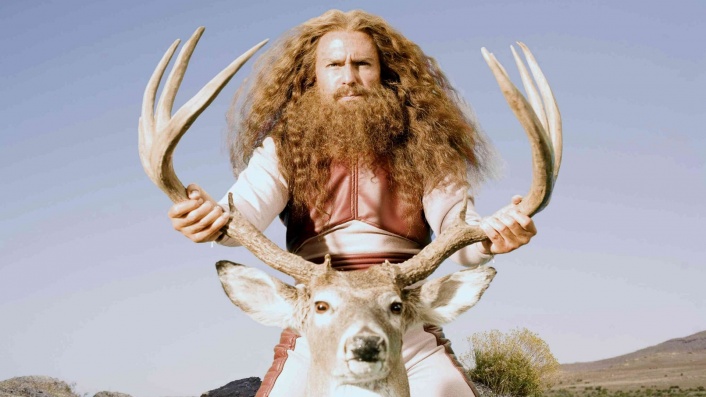 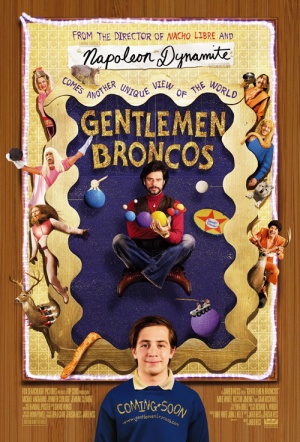 Gosh, Napoleon Dynamite and Nacho Libre creator Jared Hess is back and delving even deeper into the murky underworld of geekdom. A young fantasy nerd - played by rising star Michael Angarano (The Forbidden Kingdom) - has his idea for a book called Yeast Lords ripped off by a flamboyant established novelist called Ronald Chevalier, played by  awesome Flight Of The Conchords/Eagle Vs Shark man Jemaine Clement.

Sam Rockwell also stars, as the main character of the book in question, and if the film delivers on the promise of its almost disturbingly funny marketing campaign - see Ronald Chevalier's website - then it could be a quote-worthy cult classic to rival Napoleon.

After the hit-and-miss Nacho Libre, hopes that Hess would return to Napoleonic form are soon dashed by a gaudy folly that nurtures quirk to an obsessive, overbearing degree.

Timing, good jokes and characters you can laugh with and at are mostly missing from Gentlemen Broncos.

The director, Jared Hess, who made "Napoleon Dynamite," a film I admit I didn't get, has made a film I don't even begin to get.

Satire aside, what the oddball folks here never feel is real, despite the filmmakers' claims of autobiographical parallels.

Has little to offer besides unrelenting strangeness.