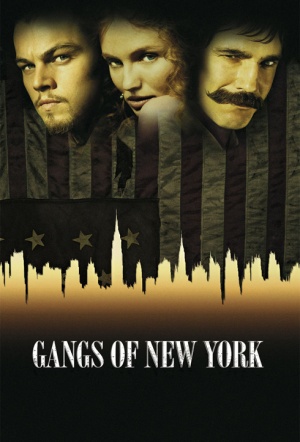 So dark and disturbing you might label it a "feel-bad" movie.

The streets... may be as authentic as they are mean, but it is nearly impossible to care about what happens on them.

This is historical filmmaking without the balm of right-thinking ideology...

I do not think this film is in the first rank of (Scorsese's) masterpieces. It is very good but not great.

A muddle splashed with bloody beauty as vivid as any Scorsese has ever given us.

The world needs more filmmakers with passionate enthusiasms like Martin Scorsese. But it doesn't need Gangs of New York.

Though big in size, (Gangs of New York) isn't big in ideas.

A spacious, robust movie that grabs hold of us and doesn't let go for nearly three hours.

A triumph of pure craft and passionate heart.

Marred by narrative problems but sufficiently awesome in its ambitious scale and intentions to rate as a must-see.

As irritating as it is fascinating.

Gangs of New York achieves far too little while trying much too hard.