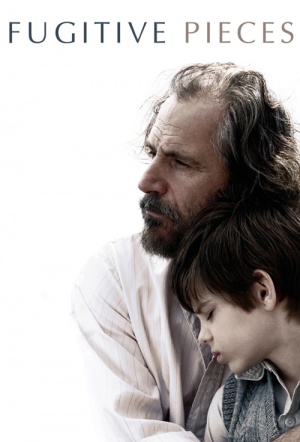 Based on the international best-selling novel by Anne Michaels, Fugitive Pieces is a poetic film about love, loss, and redemption.

It tells the story of Jakob Beer, a writer whose life is haunted by his childhood experiences during World War II. As a child in Poland, Jakob is orphaned during wartime, only to be saved by a compassionate Greek archeologist. Over the course of his life, he attempts to deal with the losses he has endured.

For a tale spiked with so much torment, Fugitive Pieces feels remarkably soothing.

If Fugitive Pieces has a message, it is that life can heal us, if we allow it.

Delicate and beautiful film about conquering the paralysing effects of grief.

This book is a deeply moving and affecting read, and while the cinematic adaptation doesn’t fully do the book justice, it’s a worthy attempt.

Hopscotching time on film is never easy, but Canadian writer-director Jeremy Podeswa handles it with skill and care in Fugitive Pieces, his lovely, absorbing adaptation of Anne Michaels' lauded novel about a circumspect writer haunted by his traumatic past.

Fugitive Pieces has a sharp, devastating story to tell.