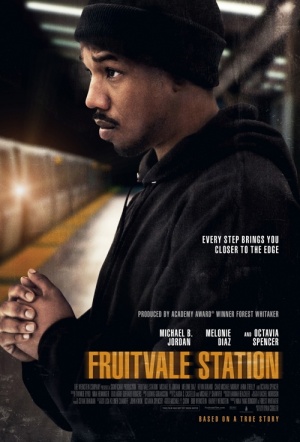 Sundance and Cannes-winning drama based on the true story of Oscar Grant, a 22-year-old who was shot dead by Oakland police whilst unarmed and handcuffed in the early hours of New Year's Day 2009. The film follows Grant over the course of his last day. Stars Michael B. Jordan (Chronicle) and Octavia Spencer (The Help).

The shooting caused outrage and riots in the States with racial profiling at its heart - Grant was African American, and his killer a white policeman. The incident and subsequent uproar echoes that of another recent American tragedy, the killing of Trayvon Martin by George Zimmerman in 2012.

Even if every word of Coogler's account of the last day in Grant's life held up under close scrutiny, the film would still ring false in its relentlessly positive portrayal of its subject.

Coogler, who grew up in the same neighborhoods as Grant, evokes a tangible sense of place, and his staging of the climactic incident hits like a fist in the gut.

A sad, touching and subtle film.

One has the sense of a man being slowly, surely written back into being.

Coogler isn't exactly an invisible hand. He pokes and prods his audience at every turn: Neither the false moments nor the powerful ones leave much mystery about how we're supposed to feel.

Riveting, emotionally charged drama, with powerhouse performances to match. Jordan is a revelation.