If that's the case then this movies for you. The up's is there's a lot of comedic moments both visually and with the dialogue.

The 3D is not too bad the parts in 3D are generally quite well done but there is not really that many of them which for those big fans of 3D will be let down a little.

The acting was pretty good throughout with a few exceptions where I think they've tried for a cheesy moment and not done so well with it ending a little dry.

The new faces (at least new to me) do a good job and I could easily see them in other roles.

Now of course this movie is a remake so to rate it against the original is quite hard as the movie has enough differences to not to try to be a copy but also enough similarities for it to still be noticeably a remake (for those who seen the original).

Probably the biggest let down is the horror aspect although I don't think this movie is trying to be horrific but I do recall the original movie having some scary (as in make you jump) moments this one I think there was only really one that nearly doing that. 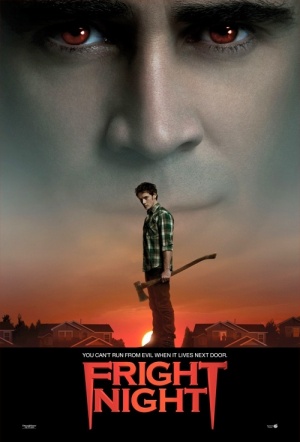