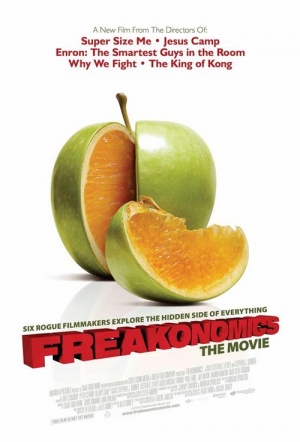 Omnibus documentary based on the best-selling non-fiction book of the same name, about economics and the study of incentives in popular culture.

Alex Gibney (Enron: The Smartest Guys in the Room) looks at the crumbling facade of Sumo wrestling. Morgan Spurlock (Super Size Me) offers up a buoyant and revealing angle on the repercussions of baby names. Rachel Grady and Heidi Ewing (Jesus Camp) deliver an eye-opening profile of underachieving kids incentivised to learn with cold hard cash. Finally, Eugene Jarecki (The Trials of Henry Kissinger) investigates an unsettling theory to explain why abortion has affected crime rates during the early '90s. Seth Gordon (The King of Kong) weaves the pieces together providing context and commentary from the authors.