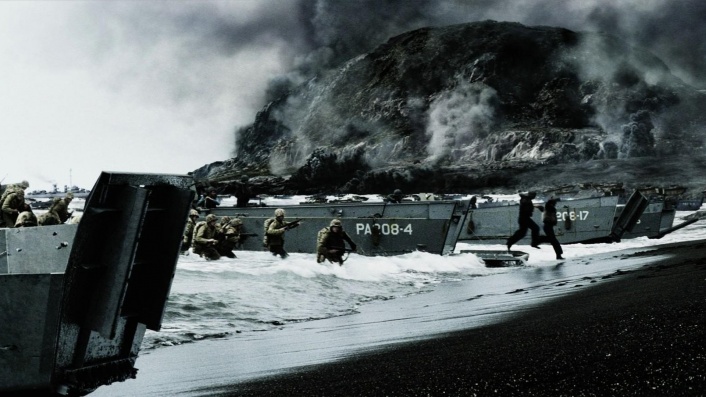 Flags Of Our Fathers 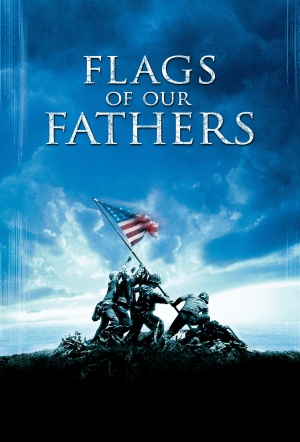 Follows the story of six soldiers, who became famous via an ultimately iconic photograph. It was taken on Mount Suribachi, at the battle of Iwo Jima 1945 where American fought Japanese forces. It's the first part of Eastwood's duology, the second (Letters From Iwo Jima) tells the story of Iwo Jima from the perspective of Japanese soldiers.

To capitalize on the wave of sentiment the photo inspires, the surviving 3 'Flag Raisers' are pulled out of combat and sent back to the States to continue to serve their country – not on the battlefield but among crowds of adoring throngs, and as pawns in a government war bonds drive.

They tirelessly tour America as the very power of their image rescues the flagging war effort. But inwardly, they find that along with their friends and brothers felled in combat, a part of their souls will never leave the black soils of Iwo Jima.
2006132 minsIceland, USA
All Reviews (12)

Flags Of Our Fathers / Reviews

Ambitiously tackling his biggest canvas to date, Clint Eastwood continues to defy and triumph over the customary expectations for a film career in "Flags of Our Fathers." A pointed exploration of heroism, the picture welds a powerful account of the battle of Iwo Jima, the bloodiest single engagement the United States fought in World War II, with an ironic and ultimately sad look at its aftermath for three key survivors...

Clint Eastwood's Flags of Our Fathers does a most difficult and brave thing and does it brilliantly. It is a movie about a concept. Not just any concept but the shop-worn and often wrong-headed idea of "heroism." ...

Flags of Our Fathers is a film of awesome power and blistering provocation. An amazing feat, since Eastwood is tied to the nonfiction best seller that James Bradley wrote about his father, John “Doc” Bradley, the last survivor among the six soldiers who raised the flag on Iwo Jima...

Flags of our Fathers really loses its way in the final half-hour, when the point-of-view abruptly shifts to James Bradley (played here by Tom McCarthy), who takes on the role of narrator, informing us of what happened to each of these men after the war ended and their names became yesterday's news. It's a jarring switch...

It eschews Saving Private Ryan's neatly rounded moral shape because Eastwood, sensibly, asks more questions than he answers. He [Eastwood] has made a flawed movie, but it has the seeds of greatness in it...

What Flags of Our Fathers is not, however, is moving, evocative, or very unique...