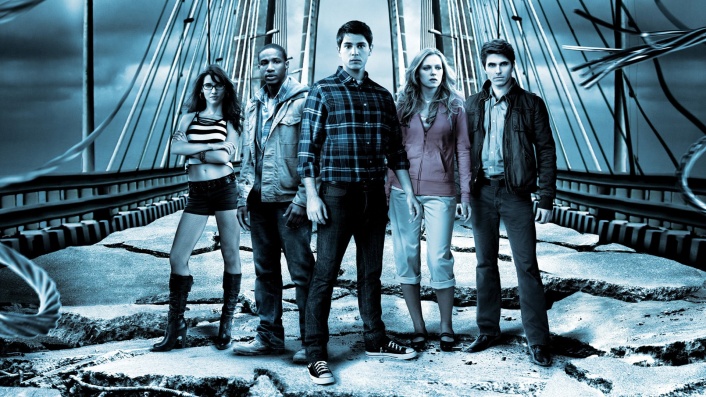 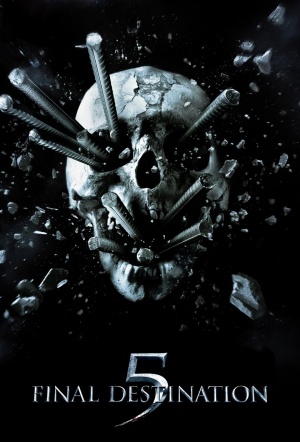 The latest in the long-running horror franchise promises fans a return to the darker tone of the original movie.

Sam (Nicholas D'Agosto, TV's Heroes) has a premonition of a bridge collapse that kills himself, his friends and many others. Later, events begin to mirror what he had seen and he attempts to protect his pals - including Miles Fisher (TV's Mad Men) and Emma Bell (TV's The Walking Dead) - away from Death's grip. But these people were supposed to die and what Death wants, Death gets.

This latest entry in the 11-year-old horror series duly adheres to tradition by providing inventively grisly demises for various characters.

Director Stephen Quale’s witty kills are such a blast you may wish they hadn’t wrapped the series up so neatly.

A new wrinkle in how the killings spool out actually makes the film even more predictable, and the deaths, which tend to be squirmy rather than explosive, are so perfunctory and lazily jokey that they leave a decidedly bad aftertaste.

They (fans) know what they enjoy. They don't want no damn movies with damn surprises. I am always pleased when moviegoers have a good time; perhaps they will return to a theater and someday see a good movie by accident, and it will start them thinking.

FD 5 did not raise even a single goose bump - which for a movie that bills itself as horror is not a good thing. The camp factor, however, is high and makes the 95 minutes pretty much fly by.

To borrow from TV terminology, the series hasn't jumped the shark yet, but the strain of inventing bizarre deaths is beginning to show.

One stand-out set piece aside, even the presence of a new director can't inject much freshness into the franchise. Time for death to call in sick?

While FD5 is less generic and less facilely goofy and ironic than past series installments, it's still a rote execution of formula that scores its biggest points with self-aware references to its predecessors - including a closing-credits montage of kills from Final Destinations past.