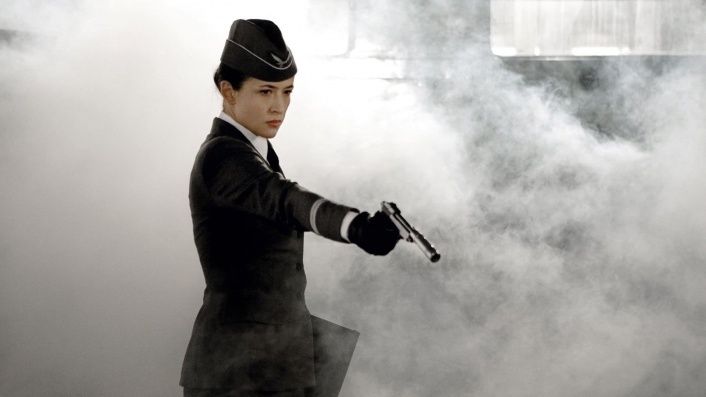 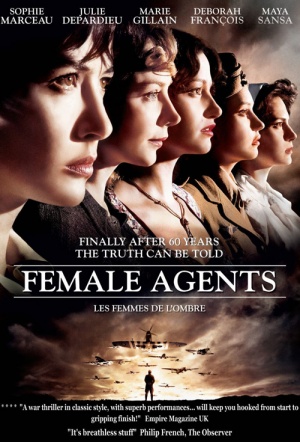 Based on true events, during WW2. French-born resistant, Louise (Marceau) is recruited to Special Operations Executive – an Allied, secret, intelligence service overseen by Winston Churchill. She is assigned an urgent mission: to rescue a captured British agent who has fallen into German hands. The agent was preparing for D-Day, Louise must rescue him before he spills the beans on the Normandy attack. She firstly assembles an all-female gang – prostitute Jeanne (Depardieu), explosive expert Gaelle (Francois) and dancer Suzy (Gillain) who’s former dealings with a Nazi officer make her good bait – and then heads to occupied France for the undercover mission.

An old-fashioned period adventure that radiates star wattage but doesn't exactly shine in the script department. A sort of "Girls With Guns 2" for helmer Jean-Paul Salome, pic has a slick look and exciting WWII setting that help plaster over its generic feel and generally one-note performances.

The women are portrayed as real characters, complete with their weaknesses, and the story is told with an unerring sense of authenticity, aided by superb design, music and of course, performances.

Despite every known war movie cliche, it's still an exciting ride.

The story is told with a sense of the melodramatic rather than chilling reality - but it doesn't spare the violence that went with the territory.

Doesn't pretend to be much more than an old-fashioned action flick with a feminist slant. Unashamedly targeting popular audiences, the movie boasts high production values and packs sufficient star-power.

A war thriller in classic style, with superb central performances which help Female Agents rise above the awful title and keep you hooked from start to gripping finish.