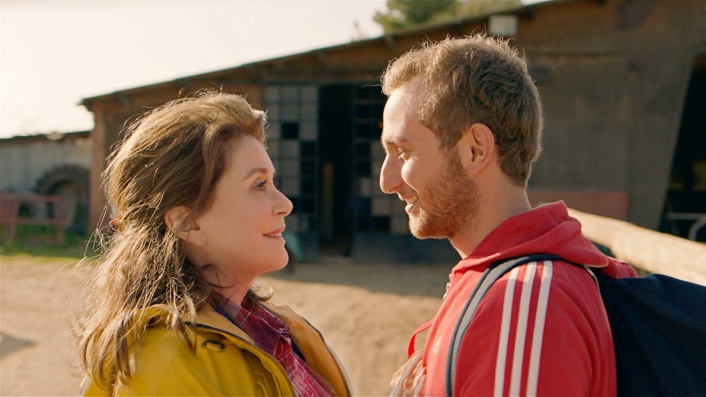 Farewell to the Night 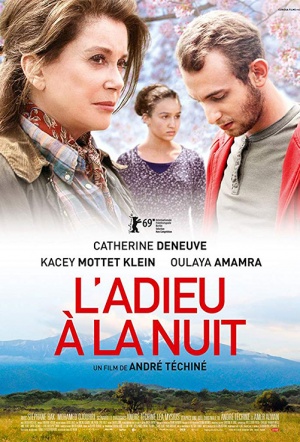 Catherine Deneuve is a plantation owner whose visiting grandson turns out to have a dark secret in this French drama from André Téchiné.

"Muriel (Deneuve) breeds horses in France and runs an almond plantation with her business partner from the Maghreb. A confident woman who spent her childhood and youth in Algeria, Muriel seems to enjoy a life that is both harmonious and fulfilled. She receives a visit from her beloved grandson Alex (Kacey Mottet Klein), whom she raised after his mother died in an accident. He is on his way to Canada, where he allegedly has a job. However, Muriel discovers that Alex has other plans – and a much more dangerous destination." (Berlin International Film Festival)

Farewell to the Night / Reviews

(Techine) respects the larger mystery of personality, whereby contrasting threads are somehow braided together into the whole.

Téchiné aims for a bit of character balance, but in the end, the film stumbles into the usual banal pitfalls and features some truly lamentable scenes.

A well-meaning but awkward response to a theme that is inescapably vital at the moment...