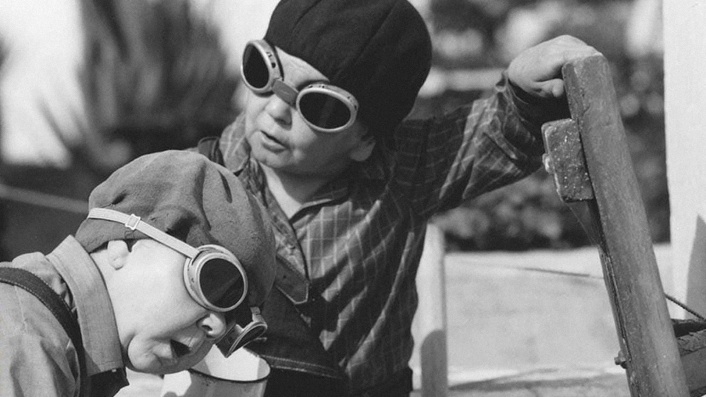 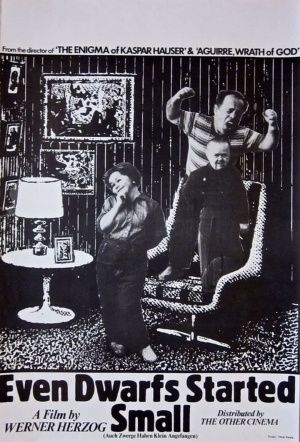 Cast entirely with little people, Werner Herzog's 1970 allegory follows a group at a correctional facility as it erupts into anarchy.

The inhabitants of an institution in a remote country rebel against their keepers. Their acts of rebellion are by turns humorous, boring and alarming. An allegory on the problematic nature of fully liberating the human spirit, as both commendable and disturbing elements of our nature come forward. The film shows how justifiable revolt may be empowering, but may also turn to chaos and depravity. The allegory is developed in part by the fact that the film is cast entirely with dwarfs.