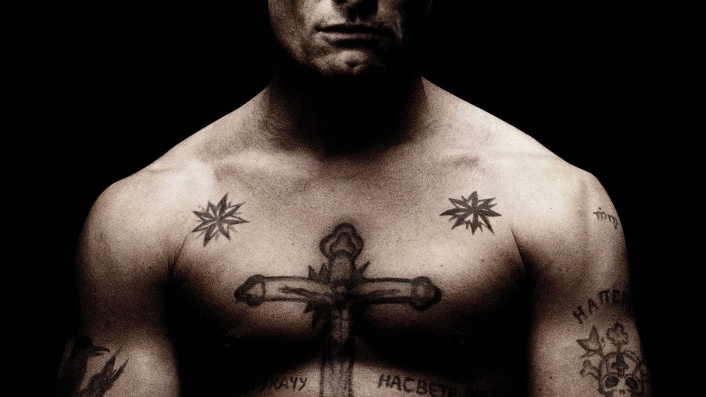 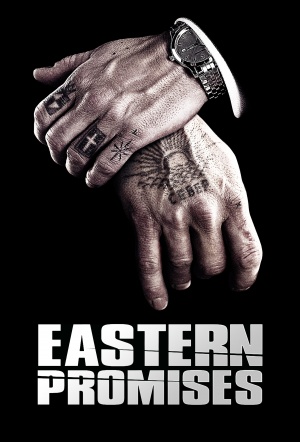 Director Cronenberg & actor Viggo Mortenson re-team after last years The History Of Violence. This Russian mob drama – deals with the impact of violence, crime and secrets.

The mysterious, Russian-born Nikolai Luzhin (Mortensen) is a driver for one of London’s most notorious organised crime families of Eastern European origin – part of the Vory V Zakone criminal brotherhood. Nikolai’s carefully maintained existence is upset once he crosses paths with Anna Khitrova (Naomi Watts), a midwife at a North London hospital. Anna is deeply affected by the desperate situation of a young teenager who dies while giving birth to a baby. Anna resolves to try to trace the baby’s relatives, via the teenager’s diary. Written in Russian, Anna seeks answers in it, and in doing so accidentally unleashed the full fury of the Vory. With the mob closing ranks and Anna pressing her inquiries, Nikolai unexpectedly finds his loyalties divided. The family tightens its grip on him; who can, or should, he trust? Several lives hang in the balance as a harrowing chain of murder, deceit, and retribution reverberates through the darkest corners of both the family and London itself.

Eastern Promises treads tricky ground, moving carefully between sombre London melancholy and Tarantinoesque gangster swagger. And given just how damn overdone both of those ingredients are, it could be lauded as a remarkable success.

A rhapsodic movie directed with considerable formal intelligence and brooding power from an original screenplay by Steve Knight, Eastern Promises is very much a companion to "A History of Violence"...

Eastern Promises has a compelling story and strong performances to back up what may seem excessive or sensationalistic...

The rigor of Mr. Cronenberg’s direction sometimes seems at odds with the humanism of Mr. Knight’s script, but more often the director’s ruthless formal command rescues the story from its maudlin impulses. Mr. Knight aims earnestly for your heartstrings, but Mr. Cronenberg insists on getting under your skin. The result is a movie whose images and implications are likely to stay in your head for a long time...

With this medium-paced film Cronenberg lives up to his controversial reputation by throwing shockingly short, sharp moments of gruesome violence at us. While you can't help but feel he's having fun at the viewer's expense, it's easy to forgive him, thanks to the to the intriguing storylines and wonderfully tense and restrained performances his cast deliver, making this an engrossing, if at times, outrageous visual experience...

Expertly realized and gunmetal slick, Eastern Promises whirs along with perfect efficiency, but doesn't stir much in the way of visceral horror despite its penchant for treating the human body like a chicken carcass on a block. (Squeamishness, yes)...

This brutal, disquieting, and sombre film is easily one of the very best of the year...

As in his A History of Violence and his earlier body-horror movies like The Fly and eXistenZ, Cronenberg excels at rapidly changing the film's tempo with short, sharp, shocks of unflinching, unblinking and uncompromising violence...