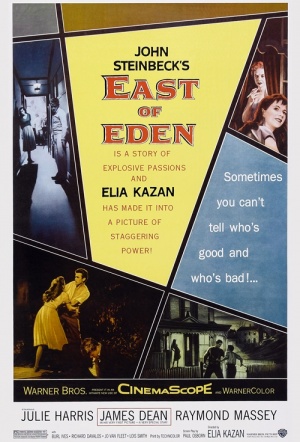 Based on John Steinbeck's novel and directed by Elia Kazan (On the Waterfront), this Eden is the first of three major films that make up James Dean's movie legacy. The 24-year-old idol-to-be plays Cal, a wayward Salinas Valley youth who vies for the affection of his hardened father (Raymond Massey) with his favoured brother Aron (Richard Davalos). Dean's performance earned one of the film's four Academy Award nominations.