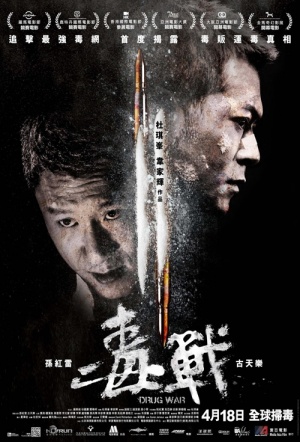 Chinese crime actioner following a drug manufacturer in police custody who agrees to go undercover and betray the kingpin he works for. From Hong Kong filmmaker Johnnie To (Life Without Principle).

Ming (Louis Koo) is a drug manufacturer closely linked to the notorious drug lord Li. To save his own neck, Cai agrees to help Inspector Zhang (Sun Honglei) by facilitating his disguise as a buyer in order to lure Li into a drug deal. Right before the operation is about to bear fruit, Zhang realises all too late that the relationship between Cai and Li is not what it seems, and instead of having played Cai as a pawn in a battle of wits, he himself has been a pawn in Cai’s own game.