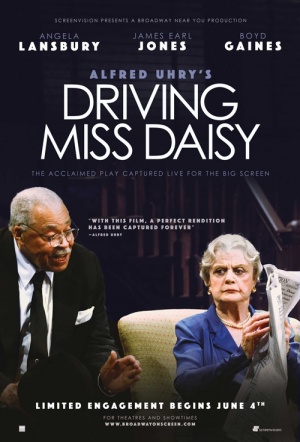 HD recording of the comedy-drama play, based on the 1989 film of the same name, starring Angela Lansbury and James Earl Jones - filmed at The Comedy Theatre, Melbourne, Australia in 2013. Driving Miss Daisy is the story of the decades-long relationship between a stubborn Southern matriarch and her compassionate chauffeur - "an iconic tale of pride, changing times and the transformative power of friendship" (BFI).