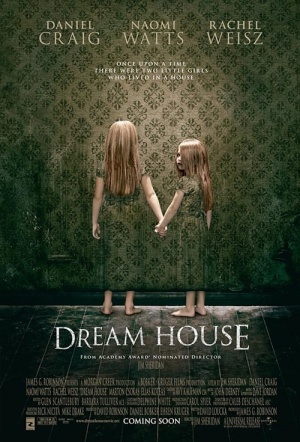 Haunted house suspense-thriller following Will (Daniel Craig) and his wife (Rachel Weisz) who move their family into a dream home, in small town New England. Shortly after, they learn it was the scene of a brutal murder that left a mother and daughter dead. While the town believes the husband, still on the loose, was to blame, Will's investigations reveal more mysterious happenings. Also stars Naomi Watts as a neighbour who helps Will uncover the truth.