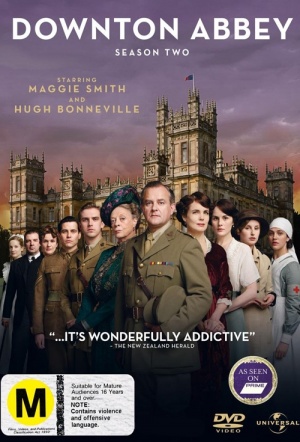 The hugely popular period drama returns, set this time in the wake of the First World War, where the greatest skirmishes aren’t necessarily fought on the battlefield…

“It is 1916, and the war has shaken Downton Abbey to its very foundations. As a way of life is forever blasted apart, both heroes and villains struggle to survive and forge ahead. Maggie Smith, Hugh Bonneville, and Elizabeth McGovern return with a stellar ensemble cast in the voraciously-anticipated season 2 of Downton Abbey from Primetime Emmy Award winning writer Julian Fellowes.” (Official Synopsis)