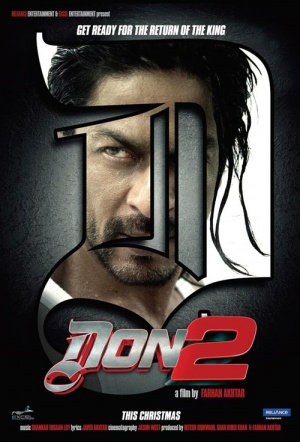 Bollywood action-thriller, the latest spin-off from 1978's Don. Director Farhan Akhtar remade that film in 2006, and also helms this sequel.

"Having conquered the Asian underworld, Don (Shah Rukh Khan) now has his sights set on European domination. In his way are European criminials and law enforcement agencies. The action shifts from Kuala Lumpur to Berlin as Don avoids assassination and arrest, whichever comes first, in order for his plan to succeed." (Official Synopsis)