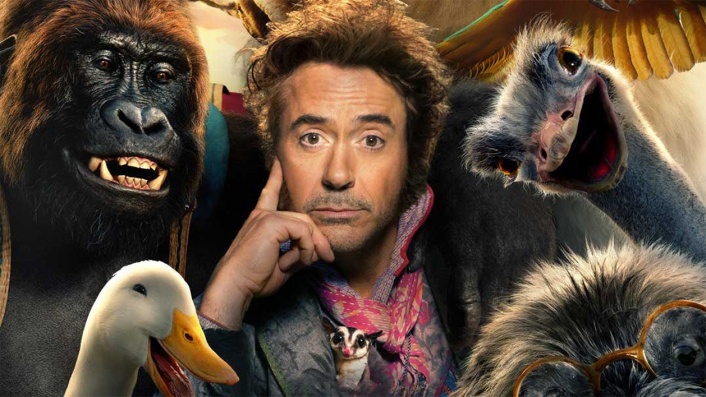 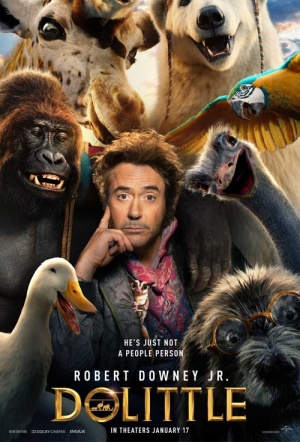 Robert Downey Jr. is the titular physician with a knack for talking to animals in this star-studded live action reimagining of the classic character.

After losing his wife, the eccentric Dr. Dolittle, famed doctor and veterinarian of Queen Victoria’s England, hermits himself away behind the high walls of Dolittle Manor with only his menagerie of exotic animals for company. But when the young queen falls gravely ill, Dolittle is forced to set sail to a mythical island in search of a cure.

The Dolittle character - most famously brought to the screen in the 1967 musical - was created in the trenches of World War I, where author Hugh Lofting first devised him in letters to his children.

Ultimately, Dolittle might talk to the animals, but unless they’re into dragon fart jokes, he’s unlikely to leave much of an impression on his audience.

The VFX team do an impeccable job bringing the animals to life; however, the film’s lowbrow sense of humour reduces the elegance of the visuals.

The film is an awful disappointment on all fronts: the dullest version of the material yet.

There's a refreshing light-heartedness and good nature about this film that I liked more than I was expecting.

At some point during its troubled gestation, the movie once known as "The Voyage of Doctor Dolittle" was renamed "Dolittle"... it's too bad that the rest of this movie couldn't have been ditched as well, or at least dramatically shortened.

What should have been an awe-filled adventure quickly curdles into an awful one, thanks to a pedestrian formula and the filmmakers' fixation on fart jokes.

Dolittle is a film made for children. So we should probably mostly view it through that lens. In that regard, the movie is perfectly okay.

It won't charm or amuse you particularly but it's not a catastrophe, the highest praise I can muster.

No doctor can cure what ails this Dolittle.