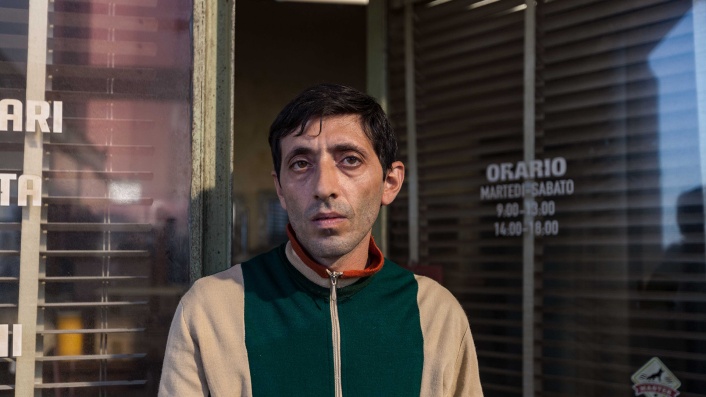 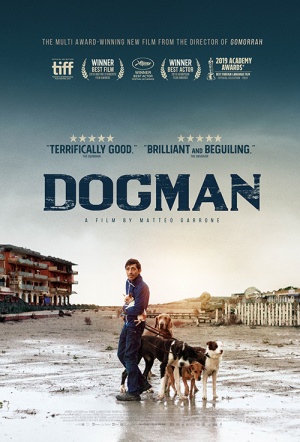 "Drawing on a true-crime story that fascinated Italy in the 1980s, Matteo Garrone's Dogman centres on Marcello (Marcello Fonte, who won the Best Actor prize at Cannes), a devoted single father who scrapes out a living by grooming dogs, and selling cocaine on the side. His best customer, Simoncino (Edoardo Pesce), is a hulking former boxer who deploys brutal violence when confronted by any situation he doesn’t like. Marcello’s mild manners and logic have an oddly taming effect on the bullish Simoncino, until their tentative friendship is suddenly hurled into an unexpected (and bloody) direction."

I might have bought what he's doing in a different film, but the one that Garrone has made strains too hard to have it both ways.

The overall feel is of the kind of Aesop's fable Scorsese would tell his kids.

It's a strange and sad piece of work, beautifully played by its central odd couple, that will linger in your memory like a howl on the wind.

Garrone proves once again that even the lowest-rung southern Italian gangster can't afford a shred of human decency.