Who saved Paris in WW II?

Hitler said "The city must not fall into the enemy's hand except lying in complete debris". So how was Paris liberated in 1944 with so little damage? Because there is so much at stake politically and despite no shortage of witness there is no agreement on who should take credit. Diplomacy is one of several versions of events of August 1944.

Compressing August 1944 into 6-8 hours the film condenses the important decisions to two old men in a hotel room. General Dietrich von Choltitz and his unexpected visitor argue about the fate of the city.

This is a virtuoso display of the power of rhetoric. How a man armed only with his powers of persuasion takes on the German Army. With cut and thrust by both sides and events in the city and beyond impinging on the debate, it is as tense as any thriller. 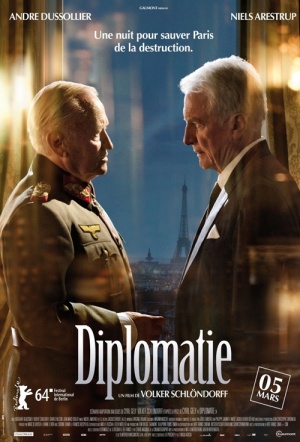