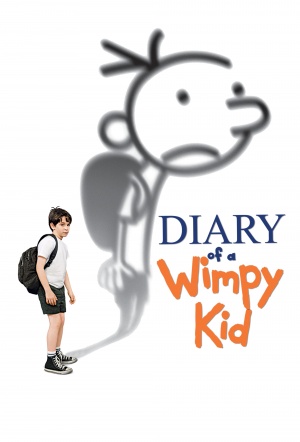 Greg navigates his way through all the social landmines: morons, wedgies, swirlies, bullies and a festering piece of cheese with “nuclear cooties”. His quest for the recognition he feels he deserves, in the face of these adversaries, is all noted in a journal (“it’s not a diary, it’s a journal”).

Diary of a Wimpy Kid began as a series of online cartoons by Jeff Kinney, then became the mega-selling illustrated novels on which this film is based.

It's a spry, fluffy comedy.

Lots of Home Alone slapstick for tweens, and enough wry gags for oldsters.

There is nothing wrong with the story itself, but the tone is grating and the pacing sluggish. Episodes that might be howlingly funny on the page turn weirdly gross and sadistic on screen.

A likable movie for kids that will make adults chuckle as well because of the movie's key ingredient -- wit.

It's nimble, bright and funny. It doesn't dumb down. It doesn't patronize. It knows something about human nature.

Fun, funny and affectionate, though it packs the emotional wallop of an undernourished high school nerd.

It must be school holiday time because here come the kiddie movies. Thankfully, Diary of a Wimpy Kid is better than many you could be dragged along to by your pre-pubescent munchkin.