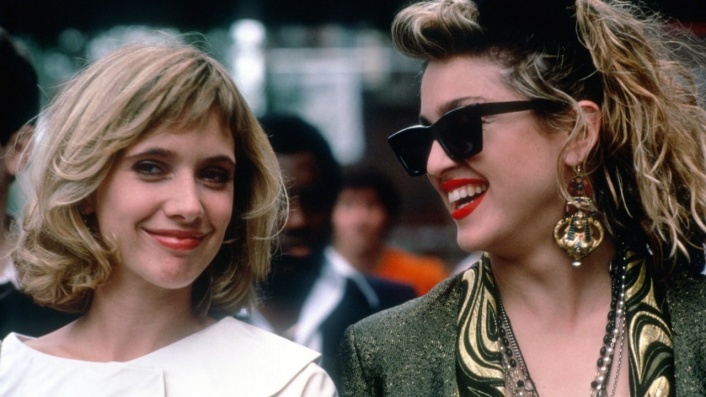 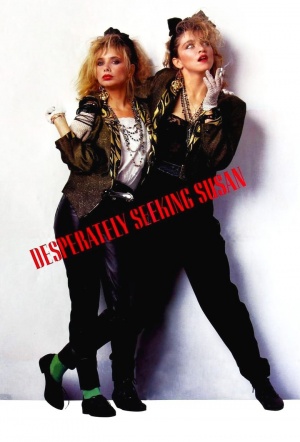 Bored New Jersey housewife Roberta Glass (Rosanna Arquette) spices up her stale routine by reading personal ads in the newspaper - particularly a fascinating series of them being placed by a mysterious denizen of New York City named Susan (Madonna, in her first major screen role). When one of Susan's ads proposes a rendezvous with her suitor (Robert Joy) in Battery Park, Roberta secretly tags along. But when her voyeuristic adventure ends in permanent memory loss (and a brand new jacket), Roberta begins to gather a lot of unwanted attention from some unsavoury characters.

All of this is cause for consistent smiling and a few outright laughs, without ever building to complete comedy.

Even if the plotting (a mistaken identity farce involving that old chestnut, amnesia brought on by a bump to the head) is square as a square peg. Madonna has never found a better fit than the role of Susan.

More central to the popularity of "Susan" is the way it allows the audience to feel hip.

It has its moments, and many of them involve the different kinds of special appeal that Arquette and Madonna are able to generate.

A lark, an exhilarating celebration of people who have the good sense to be in touch with themselves and with each other.

An attractive, energetic young cast and some witty, off-center visual humor make the resultant laughs more than worth the wait.