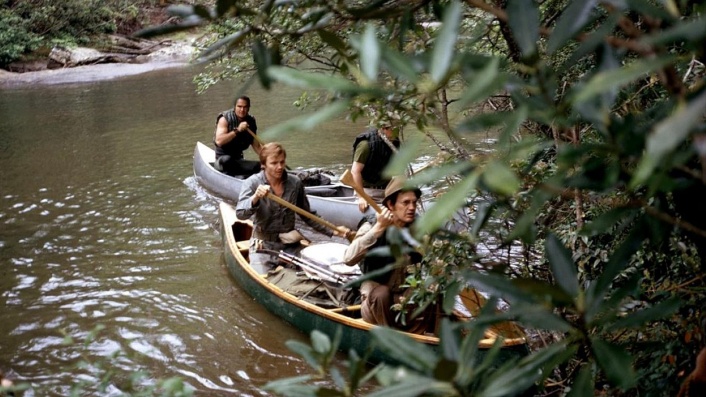 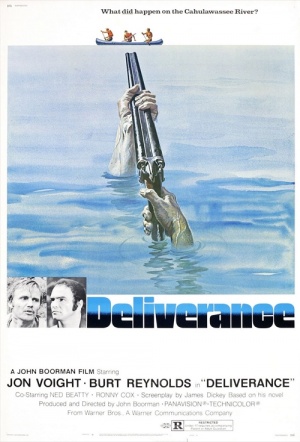 The 1972 hillbilly thriller that made banjos cool again, set along the Cahulawassee River valley where four city-bred men decide to take a canoe trip through the long stretch of water. However, their voyage turns deadly when they encounter inbred hicks out for their blood. The film earned three Academy Award nominations, including Best Picture and Best Director for John Boorman. Features John Voight, Burt Reynolds, Ned Beatty and the line: "Squeal like a pig".

So many of Dickey's lumpy narrative ideas remain in his screenplay that John Boorman's screen version becomes a lot less interesting than it has any right to be.

(Deliverance) has a beautiful visual style that balances the film's machismo message.

Each of the four lead performances is exceptional, none more so than Burt Reynolds' beefy, supercilious Lewis.

This gripping drama was a controversial release back in the early 70s, and its distressing intensity hasn't really diminished in the decades since.

The movie casts a spell through images both ugly and beautiful...

It's the stuff of which slapdash oaters and crime programmers are made but the obvious ambitions of Deliverance are supposed to be on a higher plane.

It's a haunting, nightmarish vision.

A fantasy about violence, not a realistic consideration of it.