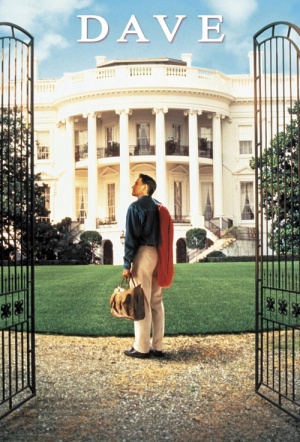 When the President of the United States falls into a coma, the government replace him with an Average Joe lookalike (Kevin Kline) in this 1993 comedy from the director of Ghostbusters.

Bill is the current head of America who frequently cheats on his first lady. Dave is a sweet-natured man just trying to get by as a Temp Agency operator. By a stark coincidence, the two look identical, and when the president wants to avoid an official luncheon, he hires Dave to be his stand-in. But when a stroke puts Bill into a coma, Dave is stuck as the U.S. leader. With an accidental chance to make the country a better place, he does just that.

Gary Ross’s original screenplay was nominated for an Academy Award.