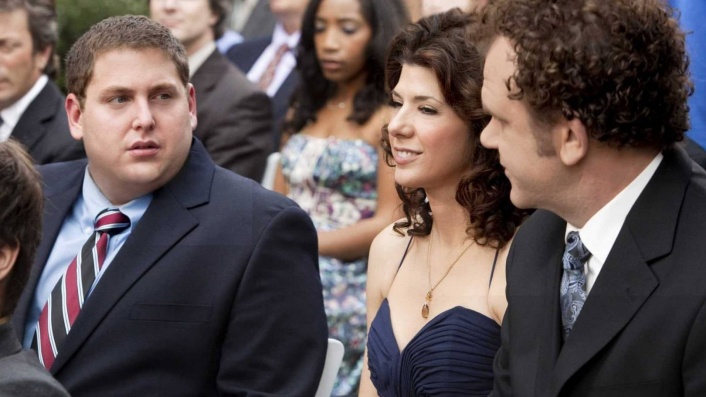 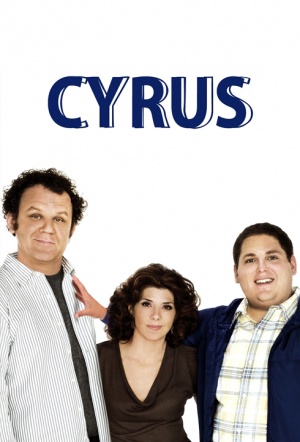 A comedy, with a brilliant cast, about a tired, tubby, middle-aged man named John (John C. Reilly). He's got no social life and his ex-wife (Catherine Keener) is about to remarry. Down on his luck, John meets meets the woman of his dreams: Molly (Marisa Tomei, The Wrestler), only to discover she has another man in her life – her weird son, Cyrus (Jonah Hill).

Suitor and son clash with Cyrus, an experimental bedroom musician, bluntly issuing a warning to John: "Seriously, don't f**k my mom."  This is first major release from indie filmmaker brothers Mark and Jay Duplass, the mumblecore duo behind The Puffy Chair and Baghead.

Despite the ripples of hype around them as filmmakers there’s nothing here we haven’t seen before, and certainly not enough laughs, empathy with the characters, or sense of discomfort to justify retreading familiar ground. None of this can be attributed to the cast, who unsurprisingly all turn in good performances (and perhaps Hill will have made a few unexpected fans in the process).

Think of Cyrus as the Duplasses for the masses, as the keenly observant sibs upgrade their scrappy, relationship-based formula to work with movie stars and a Fox Searchlight-size budget without sacrificing the raw, naturalistic feel of their first two features, "The Puffy Chair" and "Baghead."

Cyrus is more finely tuned than their earlier movies ("The Puffy Chair," "Baghead"), but it shares a similar, almost aggressive lack of ambition. John doesn't work hard and neither do the Duplasses, who don't want their audiences to break a sweat either. That's too bad, because Cyrus is more interesting and fun when you're recoiling at the effrontery of its comedy and not its conventionality.

Here is a film that uses very good actors and gives them a lot of improvisational freedom to talk their way into, around and out of social discomfort. And it's not snarky. It doesn't mock these characters. It understand they have their difficulties and hopes they find a way to work things out.

It's a great premise but the Duplasses don't seem to know where to take it. The three actors do a great job with a script that is both improbably creepy and yet - as anyone who's tried to blend two families will know - has a core of precise emotional verisimilitude.

John C. Reilly, Marisa Tomei and Jonah Hill give such wonderfully satisfying, full-blooded performances in Cyrus that it seems almost churlish to wish this creepy little Oedipal comedy were a little more well-thought-out, and handled its wilder shifts in tone with more finesse.

The comedy of discomfort that runs through Cyrus is often about several things at once. But the most prevalent emotion in this quirky yet genuine movie is the awkwardness that comes with trying to fit into someone else's life.

Amuses and unnerves in equal measure. A comedy of discomfort that walks a wonderful line between reality-based emotional honesty and engaging humor, it demonstrates the good things that happen when quirky independent style combines with top-of-the-line acting skill.

The Duplass brothers enter the mainstream with a touching, original and supremely funny film, whose improvisational style sets it apart from other comedies, and marks the emergence of two major new talents. Great performances, too.