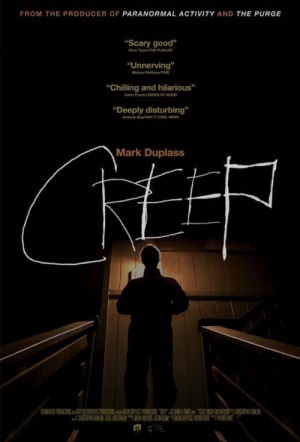 Found-footage horror follows a videographer who answers an ad to film a client (Mark Duplass) throughout the day, and finds himself being terrorised.

Aaron (director Patrick Brice) answers an online ad for a one-day job recording the last messages of a dying man. Traveling to the man's home he meets Josef (Duplass), an odd man with an odd sense of humour who makes Aaron uncomfortable and begins to raise his suspicions. As Josef's unusual behaviour intensifies, he begins to shock and scare Aaron, including introducing him to an increasingly unfriendly masked alter ego called Peachfuzz.