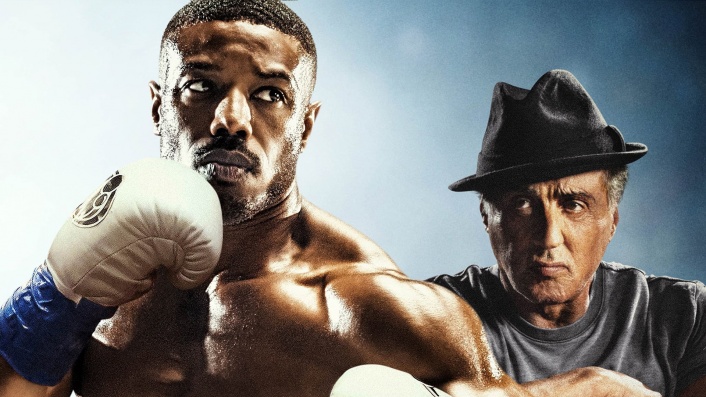 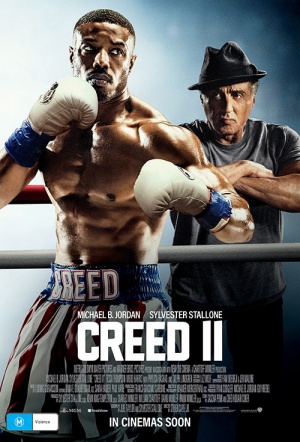 Michael B Jordan returns as Adonis Creed, as does Sylvester Stallone as his mentor Rocky Balboa, in this follow-up to the 2015 boxing drama that sees a new—but familiar—opponent. Stallone co-wrote the script with Luke Cage writer Cheo Hodari Coker. The previous film's director, Ryan Coogler, passes the chair to Steven Caple Jr (The Land).

Life has become a balancing act for Adonis Creed. Between personal obligations and training for his next big fight, he is up against the challenge of his life. Facing an opponent with ties to his family’s past only intensifies his impending battle in the ring. Rocky Balboa is there by his side through it all and, together, Rocky and Adonis will confront their shared legacy, question what’s worth fighting for, and discover that nothing’s more important than family.

The new Creed sequel might not be as powerful as its predecessor but it presents a compelling look at damaged masculinity.

Michael B Jordan returns as Adonis Creed, as does Sylvester Stallone as his mentor Rocky Balboa, in this follow-up to the 2015 boxing drama that sees a new—but familiar—opponent.

"Creed II" has been made with heart and skill, and Jordan invests each moment with such fierce conviction that he makes it all seem like it matters.

"Creed II" is a terrific movie, a boxing picture full of inspired sweetness and shrewd science that honours the cherished traditions of the genre while feeling like something new and exciting in the world.

Elevated by a central trio of winning performances and a director who provides equal weight to drama in and out of the ring, Creed II deserves to be cheered.

Creed II, against all odds, really isn't too shabby at all.

"A chunk of yesterday tryin' to be today," is how Balboa describes himself at one point. He might also be describing Creed II.

The rare sequel that doesn't wind up feeling like the same old mistake.

Nothing here has been freshly thought out, nor is there a drop of surprise as to the story's trajectory, forcing the viewer to tolerate conventional emotional beats and stale plot contrivances.

Creed II is to Creed what the Rocky sequels are to the original: a more generic, less textured take on familiar boxing movie tropes. The difference, it seems, is Coogler.