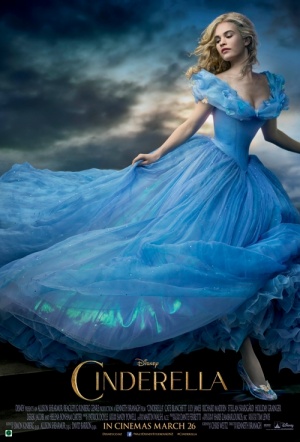 Disney retells the fairy tale in live-action and under the direction of the great Kenneth Branagh (Thor). Wrath of the Titans' Lily James fills the crystal slippers, aided by her fairy godmother (Helena Bonham Carter) and thwarted by her step-mother (Cate Blanchett) as she's pursued by Prince Charming (Game of Thrones' Richard Madden).

If a film review’s purpose is to inform you whether a movie delivers on its promise, then covering Disney’s live action Cinderella remake is the simplest and happiest of tasks for a critic. Quite simply this Cinderella delivers EXACTLY what it promises. Perfectly. Beautifully. Magically.

Though this Cinderella could never replace Disney's animated classic, it's no ugly stepsister either, but a deserving companion.

Branagh and Weitz stick lovingly to the legend throughout...

A heady sugar-rush in the moment, but empty and a little nauseating over the long haul.

Kenneth Branagh's lavish live-action telling of the folktale made familiar to many by Disney's 1950 animated feature film is a faithful take that derives pleasure in updating expectations and absolutely never dashing them.

Underlines the virtues of kindness and courage in a heroine right out of the pages of a traditional storybook...

A retrograde fantasy with the depth of a dressing-up box, but it’s spirited, genuinely funny and played to the hilt by an excellent cast.