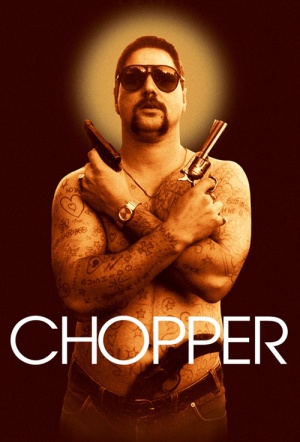 Eric Bana, in arguably his best performance, is Mark 'Chopper' Read - a violent, complex, cult-criminal, as Australian as a jolly swagman and self-proclaimed "national icon". This is based on the autobiography Read wrote whilst in prison serving a murder-sentence.

This black-comedy is the first film from New Zealand-born director Andrew Dominik, who later chronicled America's most famous outlaw in The Assassination of Jesse James by the Coward Robert Ford.