Despite not watching the original series, I was able to enjoy this movie much better. It highlights the dangers of living in today's society, where electronic/ technology is progressing at alarming rates. Makes you wonder if humans have already become obsolete.

Unlike the original, this toy isn't possessed supernaturally but mal-programmed intentionally by a mal-treated employee from a third world country. It is interesting how this movie highlights how easily the wrong mechanism can lead to the robot developing abnormal feelings towards its human counterparts.

I especially appreciated how Chucky, a monotonously-voiced and simply-programmed robotic toy observed and learnt from Andy and the surroundings to progressively develop more abnormal characteristics and behaviourisms.

Its quite scary how robots in today's society can easily justify the 'wrong' behaviour similar to how some human beings can justify killing a wild animal or robbing etc. This movie helps to create a sense of dichotomy between technology and humans and how this relationship is progressively becoming synonymous.

Humans are more and more depending on technology to sustain basic function, entertainment or mobility. This movie explores the dangers of trusting technology, especially in an environment where toxic behaviours can be modelled and situations can be misinterpreted.

Despite the dark representation of technology ultimately overcoming human control, this movie is also interspersed with 'dark humour' and general comedy to make it 'digestable' for the general audience.

Despite the excellent representation of mistrust in technology, this movie failed to stay relevant to realism. Chucky's mobility and height would generally make it difficult for 'it' to get from A to B, which is frequently depicted in this movie without explanation. The frequent use of other technology by the robot was an over-representation of technological manipulation possible by an electronic entity.

Aubrey Plaza, although a great casting in most comedy movies, was terribly misused as the single Mother. The actress seemed unlikable in this movie in almost all her scenes.

Most people will also find themselves heavily critiquing this movie solely based on the fact that it is a remake of a highly beloved original. Rarely do Horror movie remakes create a substantial effect when compared to the originals.

However, fans of the original may find a 'soft spot' in their heart with this remake as it is a refreshing take on the original movie, one in which the antagonist is presented as a malfunctioned robot with the ability to re-program abnormally to the environment. 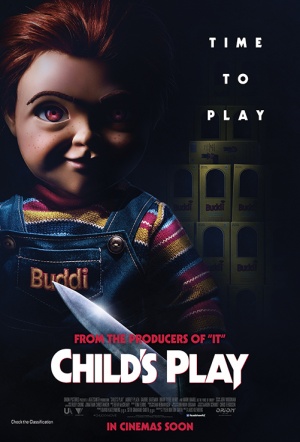