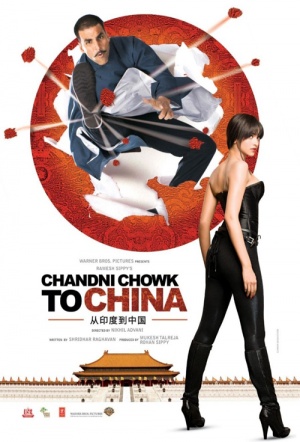 This Bollywood action-comedy follows the journey of the hapless Sidhu (Akshay Kumar), a food stall worker in Delhi market Chandni Chowk. He’s searching for a better place in life, and when two Chinese strangers appear, claiming he’s the reincarnation of a past war hero, he goes with them back to China, expecting to be hailed as royalty and given a right old knees-up when he arrives. Little does he know he’s being lured into a dangerous chop-socky face-off with a vicious smuggler called Hojo and his men.

The first ever Hindi movie to film in China, this features a Bollywood debut for Chinese action veteran Gordon Liu (Kill Bill), as well as a double role for hottie Deepika Padukone, who plays both an Indian woman and Chinese woman.