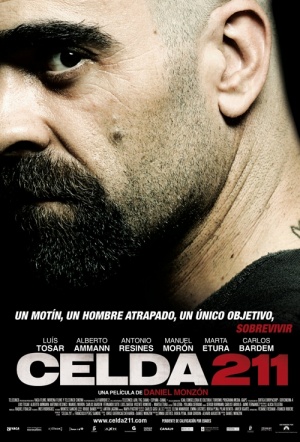 As tough and cunningly resourceful as its embattled antagonists, Cell 211 is the Spanish hit of the year, and winner of eight Goya Awards including Best Film, Director, Screenplay and Actor." (New Zealand International Film Festival 2010)

"Cell 211” is a thriller about a man’s attempt to save his life by thinking quickly. It never explains. It simply sets out the situation and shows us what he does and what the results are. You might be surprised by how much more exciting this is than conventional action.