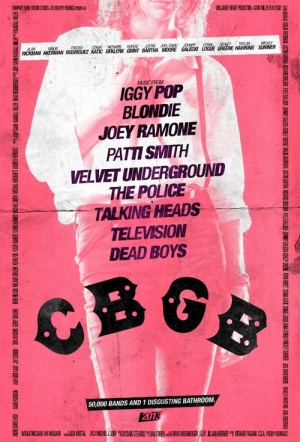 Alan Rickman is CBGB club owner Hilly Kristal in this biopic surrounding his infamous NYC venue that became a landmark of 20th century culture. Features portrayals of - and music by - punk and New Wave bands that played there including Blondie, The Ramones, The Police and Talking Heads.

Kristal - a fan of Country, Bluegrass and Blues (or 'CBGB') - dreamed of having a club in the Lower East Side that catered to his kind of music. When he had difficulty booking bands Kristal turned to the emerging artists springing up around then-dilapidated lower Manhattan. Kristal had one demand of the acts he booked: they could only play their own original music - no Top 40 covers. Soon this simple request would see him and his club at the epicentre of a landmark musical movement.