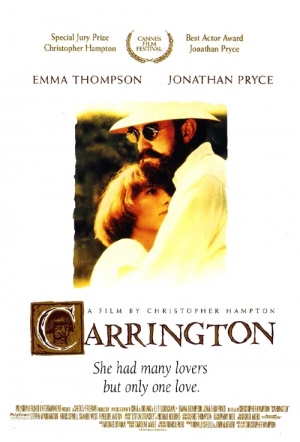 Strachey - apparently a committed gay - travels to the south coast of England. Gazing from a window into the garden beyond - he is transfixed by a boyish figure whose golden bobbed hair catches firelights in the dying rays of the lowering sun - that figure turns out to be wild young painter Carrington. As they walk along the cliff-tops of the south coast, they hear the rumble of WWI guns in France and form a bond of deep affection that will mark their lives for the next seventeen years.