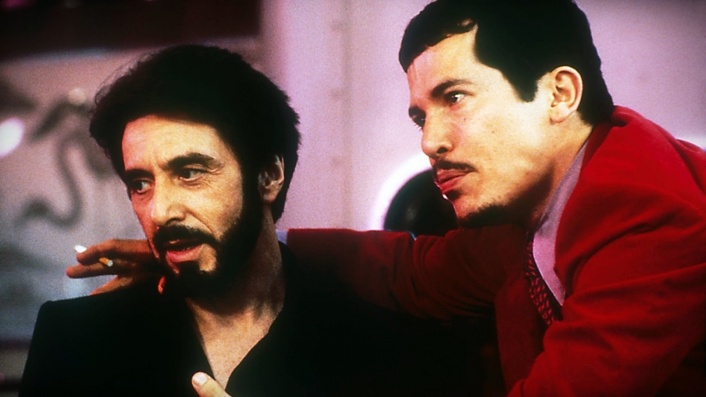 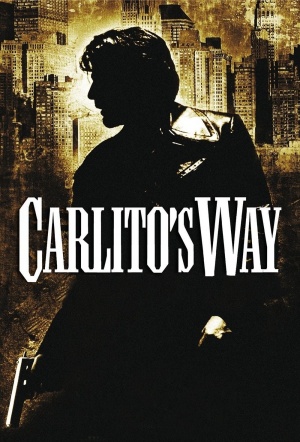 Al Pacino is an ex-druglord fighting to escape his violent, treacherous past in this crime-action tour-de-force from director Brian De Palma (Scarface).

Freed from prison on a technicality by his cocaine-addicted attorney (Sean Penn), former drug kingpin Carlito (Pacino) stuns the local underworld when he vows to go straight. Taking a job managing a glitzy, low-life nightclub, he tracks down his onetime girlfriend (Penelope Ann Miller) and rekindles their romance, promising he's changed for good. But Carlito's dream of going legitimate is undermined at by murderous former cronies and young thugs out to make a name for themselves.

Carlito's Way, like Scarface, is first and last a character study, a portrait of a man who wants to be better than he is.

Pacino has his moments but for the most part he's surprisingly underwhelming. He's a great actor, but even I can do a better Puerto Rican accent.

Carlito's Way is best watched as lively, colorful posturing and as a fine demonstration of this director's bravura visual style.

De Palma provides a timely reminder of just how impoverished the Hollywood lexicon has become since the glory days of the '70s.

As with so many De Palma films, Carlito's Way soon manifests as an essay on its own forms.