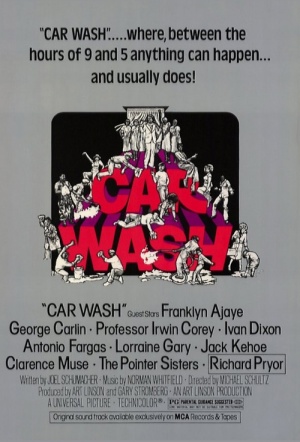 In this 1970s comedy a tight group of L.A. car wash employees attend to a host of strange and unusual customers including a wealthy Beverly Hills mother with a carsick son, a man suspected to be a notorious bomber, and a money-grubbing preacher man played by Richard Pryor.