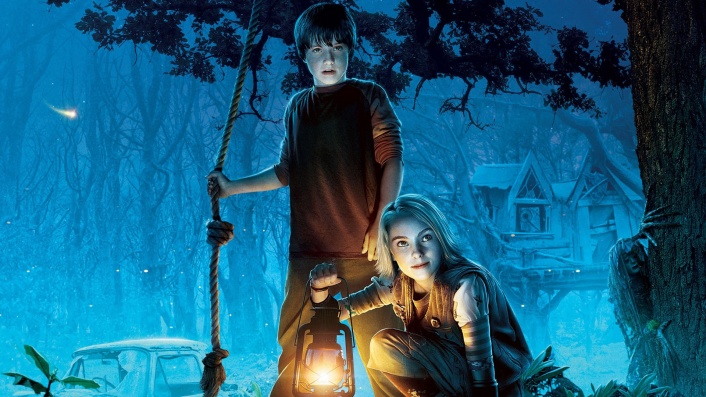 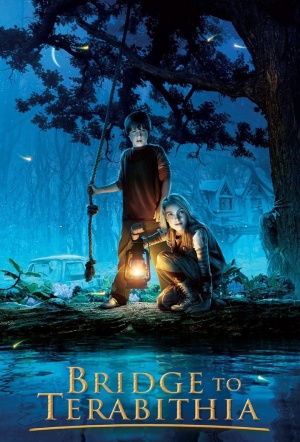 A children's fantasy film based on the Katherine Paterson book, shot in Auckland and wiz-banged up by Weta Workshop. Bullied school kid Jesse Aaron befriends new girl Leslie Burke. An attraction between outsiders, their friendship feeds on her words and his pictures; together they create an imaginary kingdom in the woods behind their homes. The film, less about swords and sorcery but more about the power of imagination, has critics saying it's better than 'The Lion, the Witch and the Wardrobe'.
200795 minsUSA, New Zealand
AdventureKids & FamilyFantasy

Radiates with youthful imagination and the joys of using it to abandon the everyday.

The movie has a darker, more sorrowful landscape to explore and it does so brilliantly, with true nuance and heartfelt sincerity.

Far from a computer generated escapist fantasy, this film is an unpretentious and touching tale of preteen companionship and loss...

Consistently smart and delicate as a spider web, Bridge to Terabithia is the kind of children’s movie rarely seen nowadays. And at a time when many public schools are being forced to cut music and art from the curriculum, the story’s insistence on the healing power of a nurtured imagination is both welcome and essential...

Bridge comes with a bright yellow school bus of Americano. I haven't read Katherine Paterson's acclaimed novel, but reliable spies tell me the film is a faithful adaptation...

A very sweet little film, with a big heart and some lovely performances...

A wonderfully heart-wrenching love story for tweens, teens, and even adults who fondly remember when a friendship could be ignited by a gesture as simple as offering a stick of Juicy Fruit...

A respectful book adaptation that gets to honest grips with companionship, growing pains and even The Big D (have a hanky at the ready). Why can't more kids' films be this grown up?..