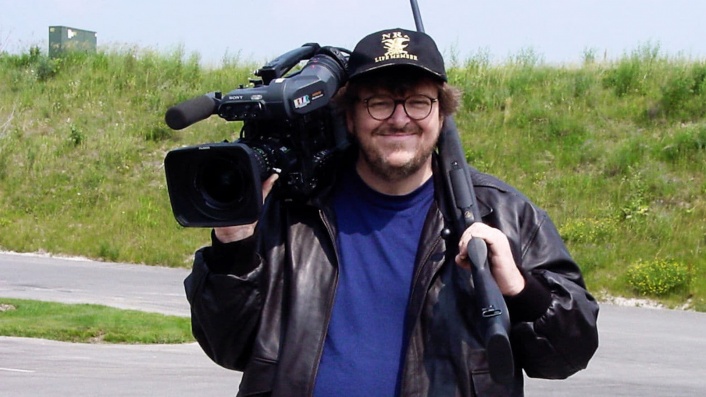 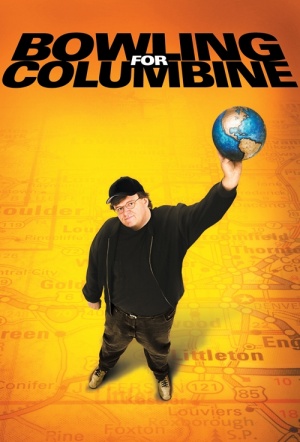 Michael Moore's Academy Award winning and Palme d'Or nominated documentary delving into the controversial world of civilian gun rights, laws and culture in the US of A. Filmed in the wake of the Columbine High School massacre, at a time of 11,000 deaths per as a result of gun violence in America. Moore draws on interviews from the corporate and political world together with footage of the families and communities affected by guns and the laws that govern their use.

Problematic yet essential, it arrives in theaters looking, if anything, even more caustic and timely than it did at its Cannes premiere.

I hope the movie is widely seen and debated with appropriate ferocity and thoughtfulness.

Moore really does look like a lone figure in the American media mainstream, challenging gun culture - a heresy in which the rest of Hollywood's pampered progressives have no interest.

Both hilarious and sorrowful.

A flat-out brilliant cinematic essay on the issue of guns and violence in American society.

A brave and important piece of filmmaking that dares to ask questions that many people would prefer remain unsaid.