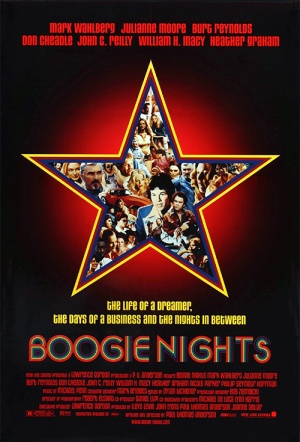 In terms of sweep, ambition and precocious cinematic competence, it heralds the arrival of a new talent.

Everything about Boogie Nights is interestingly unexpected, even the few seconds of darkness before the film's neon title blasts onto the screen. The director, Paul Thomas Anderson, [displays talent that] is as big and exuberant as skywriting.

As a writer and director, Paul Thomas Anderson is a skilled reporter who fills his screen with understated, authentic details.

The film is bemused and entertained, as we are, by this pack of sexual extremists, and the eye it casts on them is both benevolent and wry.