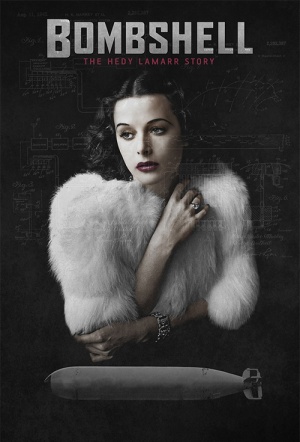 Award-winning documentary on the life and career of the hailed Hollywood movie star and underappreciated genius inventor, Hedy Lamarr.

"Known for her matchless beauty and electric screen persona, Lamarr’s legion of fans never knew she possessed such a beautiful mind. An Austrian Jewish émigré who acted by day and drew mechanical and electronic inventions by night, Lamarr came up with a “secret communication system” to help the Allies to beat the Nazis. Weaving in Lamarr’s own voice from archival recordings, Dean reveals how Lamarr gave her patent to the Navy, received no credit for her contributions, and wound up impoverished in her latter years." (Tribeca Film Festival)

An entertaining documentary, though its thesis isn't entirely convincing.

A Google animator puts the mystery of Hedy Lamarr best: 'She's a perfect underdog, crime-fighter-by-night story.' Here she is, unmasked at last.

Ms. Dean relates Lamarr's ventures, those onscreen and off, with savvy and narrative snap, fluidly marshaling a mix of original interviews and archival material that includes film clips, home movies and other footage.

There is plenty for the film buff to enjoy...There is poignant film of Lamarr in her later years when she became a recluse, and a cheering finish with the ceremony at which her discovery was finally acknowledged.

What makes "Bombshell" intriguing is not just Lamarr's gift for invention, it's also what a fiery individualist she was, someone who had no regrets about her eventful life ("You learn from everything"), not even its racy, tabloid elements.