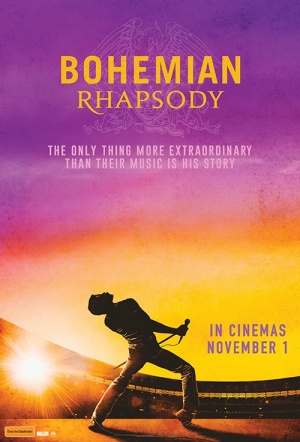 Mr. Robot's Rami Malek is Freddie Mercury in this celebratory biopic of Queen. Penned by Anthony McCarten (The Theory of Everything), from the director of Eddie the Eagle.

Bohemian Rhapsody's long gestation, since 2010, has seen the departure of Sacha Baron Cohen as Mercury (later called an "arse" by Queen guitarist Brian May) and director Bryan Singer due to health concerns.