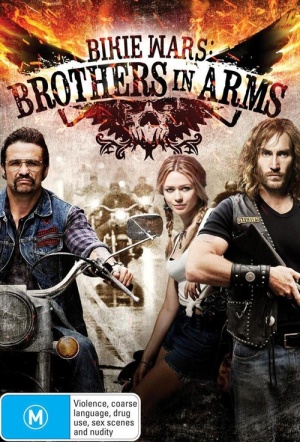 Australian TV miniseries (6 episodes) chronicling the 1984 Milperra massacre, where the Bandidos and the Comanchero motorcycle gangs went to war. Based on the book by Sandra Harvey and Lindsay Simpson.

In the '70s/'80s, the outlaw bikie scene was in its fledgling days. More wild west than organized crime, the Comancheros vied with many other motorcycle gangs for territory. As the tribes fought, the Comancheros were also fighting their own internal battle, with the Supreme Commander, Jock Ross, recruiting men to his club with the purpose of being the one dominant motorcycle gang in Australia.

Not everyone agreed with the tactic, and when the men challenged him, Jock split the club in what was a betrayal of his most loyal acolyte, Anthony “Snoddy” Spencer. Instead of staying with him, the majority mutinied, sticking with Snoddy who formed the Bandidos. And the seeds for Milperra were sown. With powerful forces within each club demanding retribution, a series of tit-for-tat attacks led to war being declared. The winner would take all from the final battlefield that was to be the bikie swap meet at the Viking Tavern in Milperra on Fathers Day, 1984.